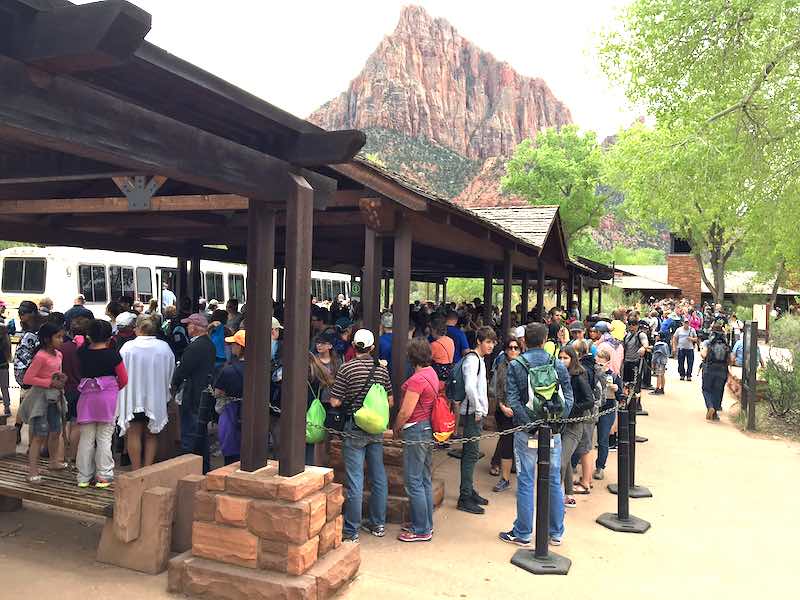 The U.S. National Parks are America’s greatest treasures. They offer a chance to escape the hustle and bustle of life and experience the beauty and peace of nature. However, with record numbers of visitors, national park overcrowding is becoming a serious problem.

Our 63 national parks weren’t designed to accommodate enormous crowds. As a result, national park overcrowding puts a strain on resources, damaging the natural environment, and making it difficult for visitors to enjoy the parks.

The National Park Service (NPS) is working hard to find solutions, but in the meantime, it’s essential to be aware of potential issues and how to avoid them.

Keep reading for insider tips and advice on how to cope with National Park overcrowding and how to avoid the worst of it.

According to the National Park Service, close to 300 million recreation visits occurred in 2021, with more expected in the following post-pandemic years.

While many people enjoy the opportunity to commune with nature, the influx of visitors is putting a strain on the resources of these fragile ecosystems. Overcrowding leads to water and air pollution, damage to vegetation, and alters wildlife behavior.

“The growth in visitation is … posing one of the greatest challenges the National Park Service has ever faced. In 2019, before the (Covid) pandemic, overall visitation to the system was nearly twenty percent greater than it was in 2013,” Kristen Brengel, senior vice president for the National Parks Conservation Association (NPCA), reported at a 2021 Senate subcommittee hearing on overcrowding in the National Park System.

And one of the most interesting aspects of this problem is that half of the recreational visits are centralized within only twenty-three of the 423 protected sites in the National Park System. In other words, everyone is going to the same parks at the same time!

Which National Parks are the Most Crowded?

The most famous National Parks are (unsurprisingly) also the most crowded. Here are the top five National Park sites that received the most visitors in 2021.

While many national parks are struggling with overcrowding, these five parks feel the most effects. During peak season, finding a parking spot or even a place to walk can be challenging without bumping into other people.

Why Are National Parks Becoming Overcrowded?

The rise in popularity of National Parks can be attributed to many factors, including an increase in the number of people who purchased RVs during the COVID outbreak.

Other factors include national park marketing and promotion, the growth of the baby boomer retirement population (which has more time and disposable income for leisure travel), and the rise of social media (which has made national parks more accessible and visible to a broader audience).

National park overcrowding is a major problem that can ruin your trip if you’re not careful. Here are some tips to help you avoid the worst of it.

1. If Possible, Travel During the Off-Season

Try to visit during the off-season to avoid national park overcrowding. National parks are typically busiest during the summer, so if you can travel in the spring or fall, you’ll likely have a better experience.

You can also visit during the shoulder season, which is between the peak and off-season. The weather is still pleasant, but the crowds are much smaller.

2. Plan Your Trip and Accommodations Months in Advance

It’s important to plan your trip well in advance. Being prepared will give you the best chance for accommodations and activities.

Many national parks have a quota system, so if you plan ahead, you’re more likely to get the necessary permits. Backcountry trail permits are limited.

Also, if you want to climb Half Dome in Yosemite, the park uses a lottery system. The earlier you enter, the better chance you have to win your pass to climb the peak!

3. Sightsee As Early As Possible

One of the best ways to avoid the worst of the national park overcrowding is to get an early start. Most people don’t hit the trails until later in the day. Not only will this help avoid the crowds, but it’s also a great way to beat the heat.

4. Weekdays are Better than Weekends

Weekends are the busiest times at National Parks, leading to enormous crowds and long lines. In addition, parking can be challenging to find on weekends, making it difficult to enjoy your experience.

5. Sunrise Hikes Are Better Than Sunsets

If you want to avoid the crowds, one of the best things you can do is hit the trail early. Many National Parks offer sunrise hikes that allow you to see the park in a different light—literally. So not only will you avoid the worst of the crowds, but you’ll also experience the park in a truly unique way.

At popular national parks, it’s not uncommon for visitors to encounter long lines of cars and buses, causing frustration and an overall unhappy day.

Planning is essential to avoid spending your entire trip waiting in line. Check the National Park Service website for updates on road closures and construction.

7. Give Yourself More Time in the Park Than You Think You’ll Need

Nothing is worse than feeling rushed while trying to enjoy a day at a national park. No matter how well you plan, there’s always a chance you’ll run into crowds.

Therefore, giving yourself more time than you think you’ll need is vital to avoid feeling rushed and stressed. Extra time will allow you to explore the park at your own pace and take in all the sights and sounds.

Try exploring less popular sections to avoid the worst of the national park overcrowding. These areas are often just as beautiful as the more popular spots, but without all the people.

One way to avoid the worst of the crowds is to visit some of America’s lesser-known National Parks. While places like Yellowstone and the Grand Canyon get all the attention, there are over 423 locations that NPS protects, where 63 of which are national parks. Most of which sees far fewer visitors than the popular parks.

Great Basin National Park is home to the oldest living tree species in the world, the bristlecone pine, as well as Lehman Caves, which offer an incredible look at underground geology. The park is also home to diverse wildlife, including bighorn sheep, pikas, and pronghorn antelope.

Guadalupe Mountains National Park is a beautiful and relatively unknown park in west Texas. The park is home to Guadalupe Peak, the highest point in Texas, and the beautiful McKittrick Canyon. Hikers can explore over 80 miles of trails through the park, and there are also opportunities for backpacking, horseback riding, and camping.

As a Lake Superior island, Isle Royale National Park is only accessible by ferry, seaplane, or private boat. However, the island’s isolation has allowed the development of a unique ecosystem, home to wolves and moose that exist in near isolation from the mainland.

North Cascades is known as the American Alps. The park is full of towering mountains, alpine lakes, and old-growth forests, offering a paradise for hikers, with over 500 miles of trails to explore.

Wind Cave National Park is home to one of the world’s longest and most complex caves. Named for the barometric winds at its entrance, this maze of passages is home to boxwork, a unique formation rarely found elsewhere.

Senator Mark Kelly (D-AZ) introduced a resolution that passed in the Senate in early April 2022 to upgrade Chiricahua National Monument to our 64th National Park. Known as the “Wonderland of Rocks,” this 12,025-acre location has incredible volcanic rock formations and plenty of hiking trails to see them. Check them out before the upgrade status rush!

5 Ways To Find Hidden Gems In The National Parks

1. Talk to a Park Ranger

National park rangers are a wealth of knowledge who can point you toward less popular areas.

Before your trip, research the National Park you’ll visit to understand better the different areas and what each offers.

In addition, the National Park Service has launched a campaign called “#PlanLikeAParkRanger” to help people cope with the national park overcrowding by providing insider tips and up-to-date information.

Ask residents near the national park for advice, such as RV park workers and restaurant employees. They likely have explored the area extensively and can point you in the right direction.

Explore national parks with the Just Ahead App that provides GPS-triggered (no internet or phone service needed) audio tours that play through your vehicle’s radio. The narrator weaves stories through amazing landscapes, suggesting stops and turns to less-visited areas.

National Park Overcrowding is Here to Stay, But You Can Avoid it

According to the U.S. Department of Interior, Office of Congressional and Legislative Affairs, the NPS expects national park overcrowding to continue. As a result, they are taking steps to mitigate the impact of overcrowding on park visitors and resources.

One of the most significant changes to combat crowds is the use of a reservation system for entry into the most popular parks during peak season.

Other steps implemented include:

However, these solutions require time and resources. Therefore, everyone must do their part to help reduce congestion in our national parks. By planning, being aware of your impact, and respecting park rules and regulations, you can help ensure that everyone can enjoy the parks for years to come.

4. The Complete Guide to RV Parking in Yellowstone

5. The Complete Guide to RV Parking in Yosemite

6. Is Glacier National Park Worth Visiting? 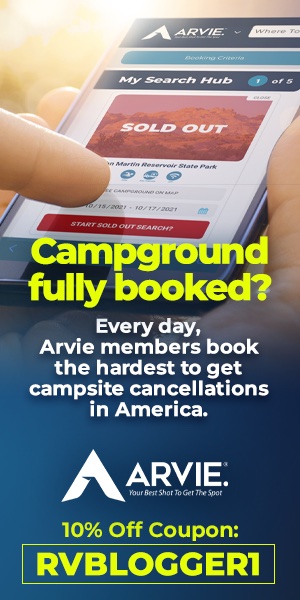 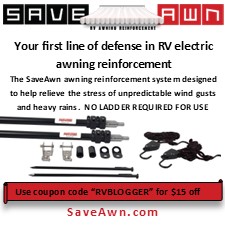 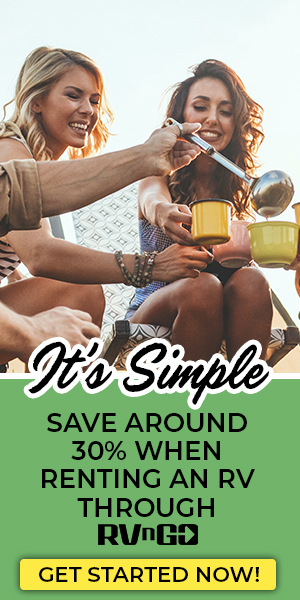 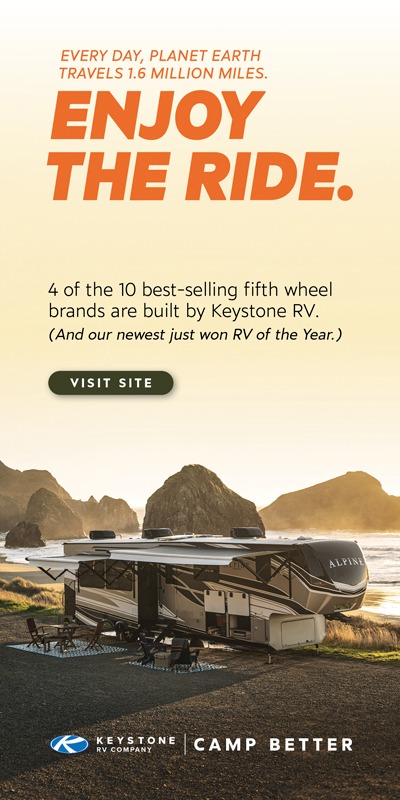 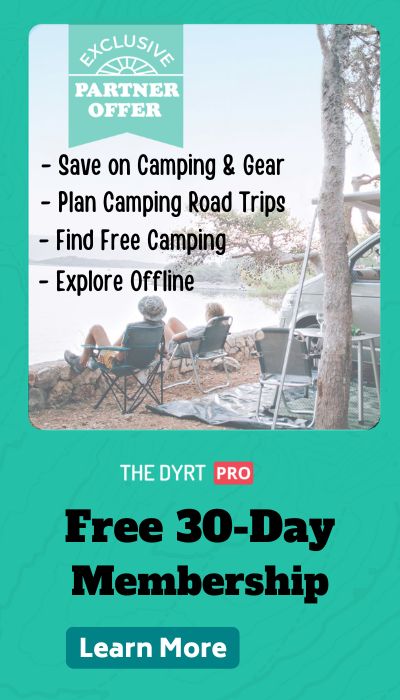